Windows Phone 8.1 Will Not Enroll To Intune


I was recently informed by one of my Techs that he could not enroll a Windows Phone to our Hybrid Intune/SCCM setup. I found this quite strange as nothing on our end had changed significantly, well other than updating my SCCM to 1602 a few weeks prior. I tested a IOS device and it enrolled just fine.

A small diagram on how Intune in Hybrid mode should work:

The user he was trying to enroll was getting the following error on a windows phone: 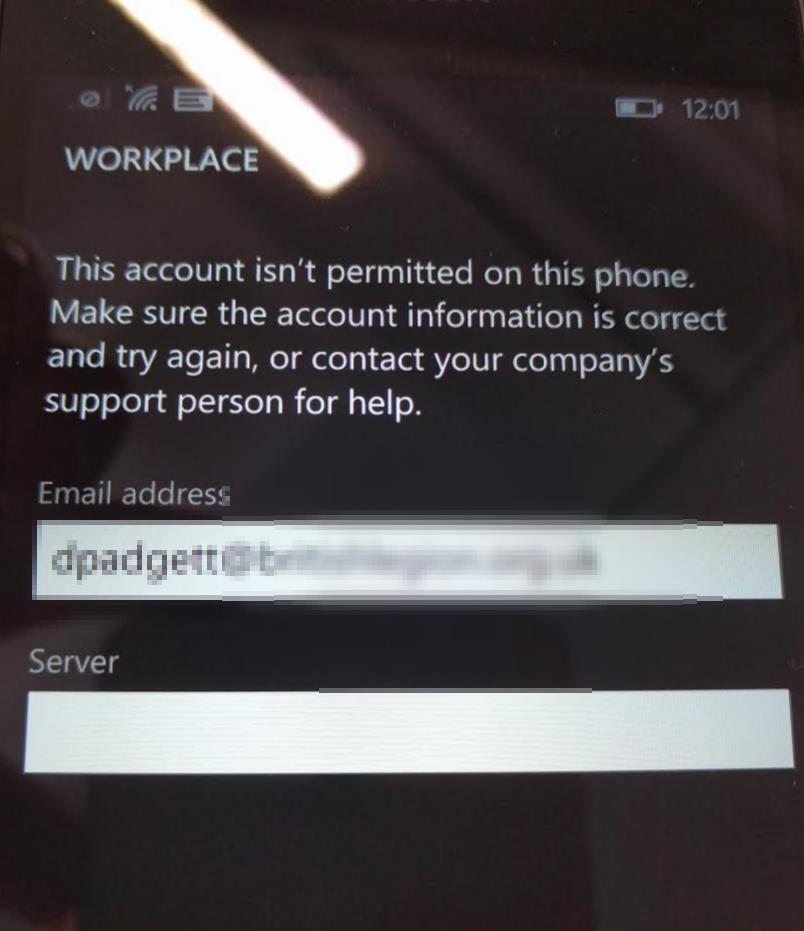 Early investigating led me to checking the relevant log files for Intune, this is what i saw in the dmpdownloader.log

The SC_Online_Issuing certificate was showing the following: 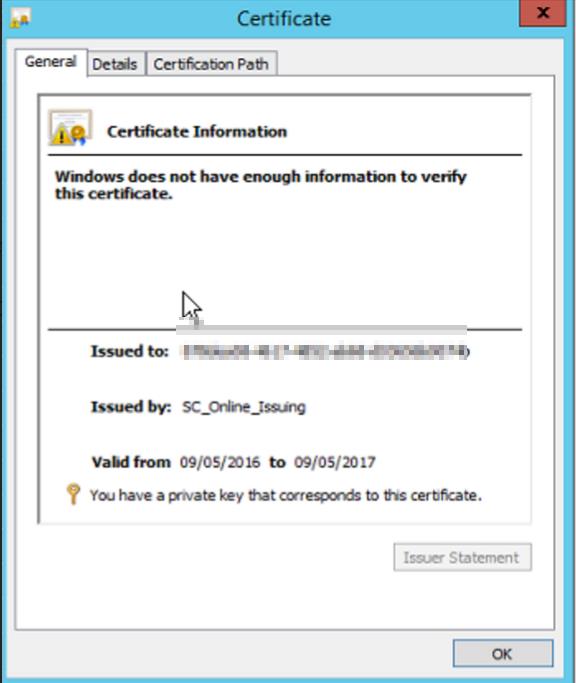 Steps i performed to attempt to remedy these issues were:
I did the following:
1.       Manually removed cert.
2.       Removed service connection point
3.       Removed Intune subscription
4.       Rebooted site server
5.       Setup intune/scp
6.       Certificate regenerated.
After performing the above i tried re-enrolling a Windows Phone 8.1 and received the same error. I ended up performing the same steps above a number of times.
At this point i took to Microsoft and logged a support call. I was already drinking heavily at this time in frustration to what seemed to be an unfixable problem. I tried everything i could think of......but sometimes the most painful issues have the stupidest fixes...or so it is when dealing with Microsoft products.

This is the resolution from microsoft!

Go to Administration >>Cloud Services>>>Right Click on the Intune Subscription >>>and configure Platforms
Click on Windows Phone 8.1 uncheck, then apply the change, then recheck.

Of course! why didnt i think of that! I would have assumed removing the ENTIRE CONFIGURATION four times would have accomplished this. From what i can see this isnt documented anywhere, so i hope this solves your issue if you run into the same problem.

NB. The errors you see in the screenshots like "check whether this site has an intune subscription" seem to be a red herring, they dont actually indicate an issue as far as i can tell.